When you book with an account, you will be able to track your payment status, track the confirmation and you can also rate the tour after you finished the tour.
Sign Up

Or Continue As Guest

When you book with an account, you will be able to track your payment status, track the confirmation and you can also rate the tour after you finished the tour.
Sign Up
3299

Please note: The stay on all days of this trek will be in lodges. You will not be camping in tents.

It is mandatory for trekkers to carry a copy of their photo id for entry at forest check posts on the trek.

Valley Of Flowers trek takes you to the beautiful flowered valley which is also known as “Bhyundar Valley”. Valley Of Flowers is a world heritage site known for its seasonal blossom of more than 500 different type of flowers every monsoon season.

Valley Of Flowers was discovered by Frank Smythe and his team of mountain explorers. In 1931, Frank S. Smythe was one of the six British mountaineers who climbed Kamet Peak. On his return to the plains, he crossed the Bhyundar Pass, standing at 5,086m, “with the intention of exploring the mountainous region at the sources of the two principal tributaries of the Ganges, the Alaknanda and Gangotri rivers.” The next day, Smythe descended to “lush meadows . . . embordered amidst flowers. The Bhyundar Valley was the most beautiful valley that any of us had ever seen. We camped in it for two days and we remembered it afterwards as the Valley of Flowers” (The Valley of Flowers, Frank S. Smythe, Hodder and Stoughton, 1947).

Who can do Valley Of Flowers trek ?

Valley Of Flowers is an ideal Himalayan multi-day trek for trekkers looking for a moderate level trail. On most parts, its just an easy gradient valley walk except for some patches. On the whole, its suitable for people with average fitness level, for beginners and even kids ( 10+ years ).

As Smith explored the Valley Of Flowers trek, the first flower that he noticed in some profusion was the primula, coloured “a blue so intense it seemed to light the hillside . . . At the most it stood six inches high, but its flowers were enormous for its stature, amd ample in number – sometimes as many as thirty to the beautifully proportioned umbel.” His camp, he recalled was surrounded by flowers – white anemones, golden nomocharis (which resemble lilies), marigolds, globe flowers, delphiniums, violets, eritrichiums, blue coridalis, wild roses and rhododendrons. Higher up, near the moraine, were saxifrage, yellow and red potentilla, geranium, asters and gentians, so many that “it was impossible to take a step without crushing a flower.”(Frank S. Smythe)

The valley had long held a place in local legend, and was called Nandan Kanan – the garden of Lord Indra. But Smythe’s name stuck, and the Valley of Flowers trek, as it’s known today. Though the Himalayas are home to countless alpine meadows, called bugyals in Uttarakhand and thatch in Himachal, the Bhyundar Valley has come to occupy the popular imagination as the place to see alpine blossoms in the Himalayas. If you stand at the foot of the valley, grassy meadows run down to the cleft of the stream, which, even in August, is still fringed by ice. On both sides, green slopes turn to dark rock as they vault into deep blue skies. Rising gently, the valley ends as a notch on the horizon, crested by the snows of the Rataban (6,166m) and Nilgiri (6,474m) peaks. And underfoot, the flowers that give the valley its name.

Mercifully, you don’t have to climb Kamet Peak to get to the valley – the next time Smythe visited the region, it was via Joshimath, which is today a major army station, and on Badrinath route.

Suggested trek itinerary for Valley Of Flowers trek starting from Govindghat, the closest road head to Valley of Flowers. Ideally, this trek should be done in 5 days i.e 4 nights 5 days from Govindghat. TrailHikers recommends that you should stay a day at Govindghat on arrival to acclimatize and a day on return to rest so the trek requires a week to undertake.

Govindghat (1,828m) is a humongous parking lot, catering to the thousands of Sikh pilgrims threading up to the Hemkund Lake (locally known as Lokpal). The pilgrim traffic, and those catering to it, completely dominate the landscape and the walk is unending ribbon of stalls, providing tea, refreshments, full-fledged meals, phone calls and, as you climb higher, even massages ! Leave your transport on the right bank of the Alaknanda. The ascent begins as soon as you cross, and join the cheerful groups heading up to Ghangaria – now also known as Govind Dham. Tracing the path of Laxman Ganga, the mule track climbs past the terraced fields and vegetation, to the hamlet of Pulna (3km).

From here, the trail is a little wider, and more forested, with occasional glimpses of snow peaks, and of the cascading waters that feed the Alaknanda. The 7 km from Pulna to Bhyundar Village are a steady ascent and, mercifully, the altitude is moderate, so your lungs should have no problem coping.

Shortly after Bhyundar, the trail crosses the Laxman Ganga, over a bridge elevated by giant boulders. The going is somewhat harder now, but Ghangaria is only 3 km away. During the short season ( Jul-Sep ), Ghangaria (3,050m) can be enormously crowded. You can always find a place to shelter – including a Forest Rest House, gurudwara, and associated dharamshalas. But if you want some solitude, there is ample camping spots both before and after Ghangaria.

Leave Ghangaria with the stream of pilgrims heading to Hemkund. You need to veer left (north-west) as they climb east to the lake. The trail is well marked, and is a delightful ramble as it climbs gently through a coniferous forest, before dropping down to a bridge, shack and check-post that mark the official beginning of the Valley of Flowers trek (Bhyundar Valley, 3,858m). Pay your entry / permit fee (Indians: Rs150, foreigners: Rs650 – for 3 days) here and climb up a rocky trail.

The forest is now behind you, and the flowers begin to appear. As the trail levels out and turns right (east), you begin to get a sense of the valley. To the right, just below the trail, a marble slab marks the death of Margaret Legge, a botanist from Edinburgh who fell to her death here in 1939: “I will lift mine eyes unto the Hills from whence cometh my strength.”

The Valley Of Flowers is exquisite and it seems a shame not be able to spend the night here – depending on the weather, snow bridges may still span the river below, and scrambling up-valley, crossing its numerous feeders, is a delight. In any case, do try and reach there early – both to catch the morning dew on the blossoms, as well as to make the most of the day.

Crossing the bridge over the Hem Ganga once again, head east up the heavily trafficked path. It is a challenging ascent, but derive some strength from the perseverance of the thousands of pilgrims who make the climb uncomplainingly. And if you have done the Valley of Flowers the previous day, you will be better acclimatised than most others. If you nevertheless feel drained when you reach the glacial lake (4,329m), you could try joining the more abiding in faith, who swear by the restorative powers of a dip in its clear waters.

From Rudraprayag to Joshimath, it’s 114 km/4 hrs by car or 6 hrs by bus, on the Badrinath Road via Chamoli.

Joshimath to Govindghat is another 20 km/45 mins by taxi or 1 hr by bus on this route.

Return the same way from Govindghat. This narrow road from Joshimath to Govindghat is one-way only and traffic is governed by ‘gates’, time slots that regulate departure in each direction, so look for the earliest time which you can leave. Direct buses (13 hrs) to Haridwar between 4 and 7 am. Taxis take 11 hr

The best season for Valley Of Flowers trek is Jul to Sept.

Yes, It is ideally recommended for 10+ age kids. 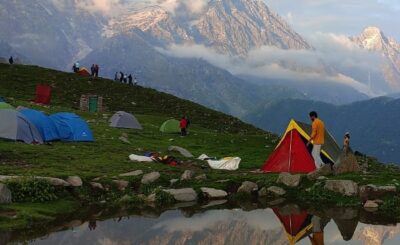 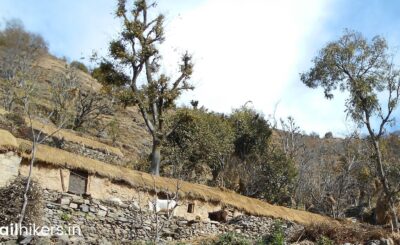 Most memorable & enriching trek to Valley of Flowers for all our family members. Thanks team TrailHikers !