TrailHikers is taking all the precautionary measures & SOPs as per guidelines for COVID-19 in Uttarakhand state. Wearing of masks by camp / lodge staff, proper sanitisation of camping & trekking equipment. Our kitchen staff at campsite is taking extra care to deliver tasty & healthy meals by following proper sanitising practices. In fact, our team has devised a 7-point safety system to ensure the safety of all travelers. 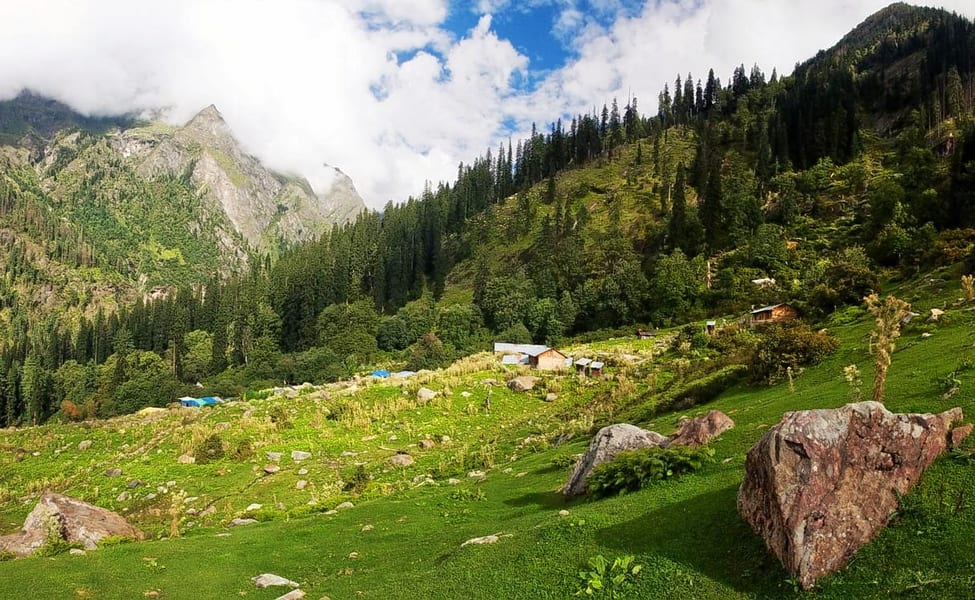 Kasol is a hamlet in the district Kullu of the Indian state of Himachal Pradesh. It is situated in Parvati Valley, on the banks of the Parvati River, on the way between Bhuntar and Manikaran. It is located 30 km (19 mi) from Bhuntar and 3.5 km (2.2 mi) from Manikaran. Kasol is the Himalayan hotspot for backpackers and acts as a base for nearby treks to Malana and Kheerganga. It is called Mini Israel of India due to a high percentage of Israeli tourists here.

• Reach Kasol in the afternoon, check in to the Hotel and take some rest.

• Later you can go for local sightseeing around Kasol, Chalal.

• will get back to the our campsite in the evening. Overnight stay with dinner at hotel. 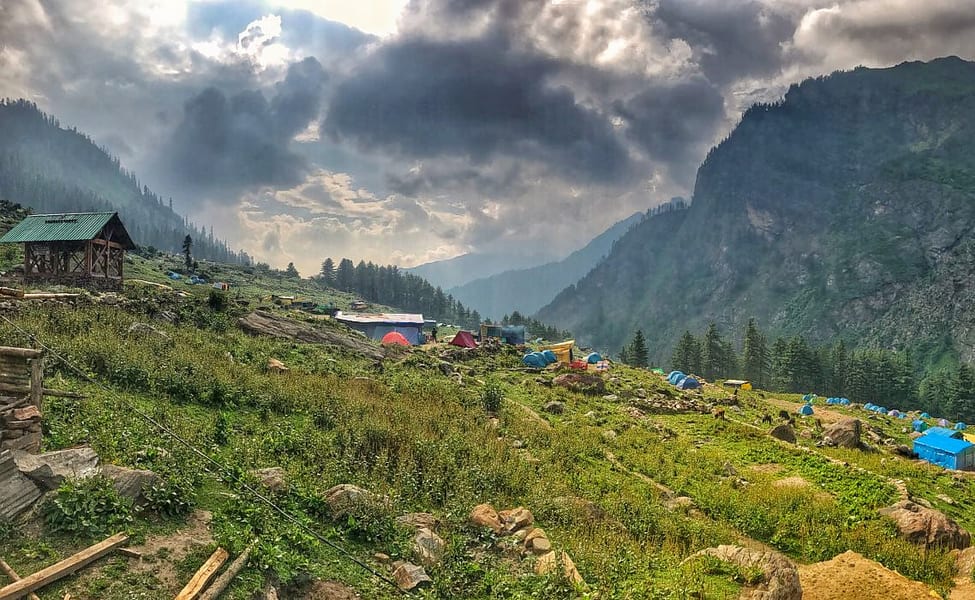 • After having breakfast move to Barshaini from Kasol base camp.

• After arrival in Barshaini, which is the starting point of the Kheerganga trek, this trek is about (12 km – 4 to 5 hours) to complete.

• Check into the camps. Have a lavish dinner and fill yourself after a long day. Overnight stay in camps. 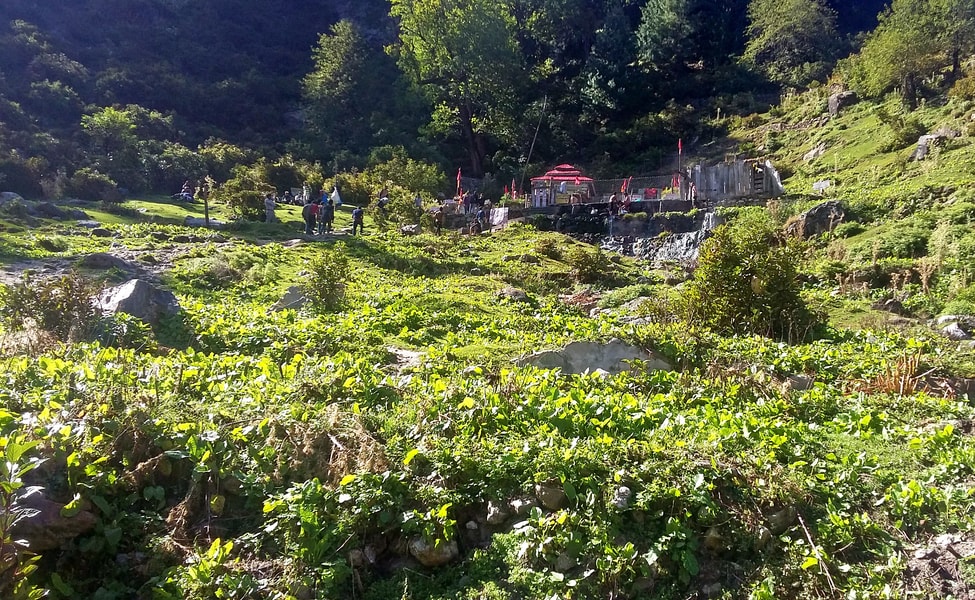 • After enjoying an amazing sunrise at Kheerganga, move to the hot springs for a bath and relaxation.

• Have breakfast and prepare yourself to check out the camps.

• After your arrival at Barshaini, drive back from Kasol to Delhi.

• Visit Manikaran if time permits. Once you arrive Delhi a trip will come to the end. 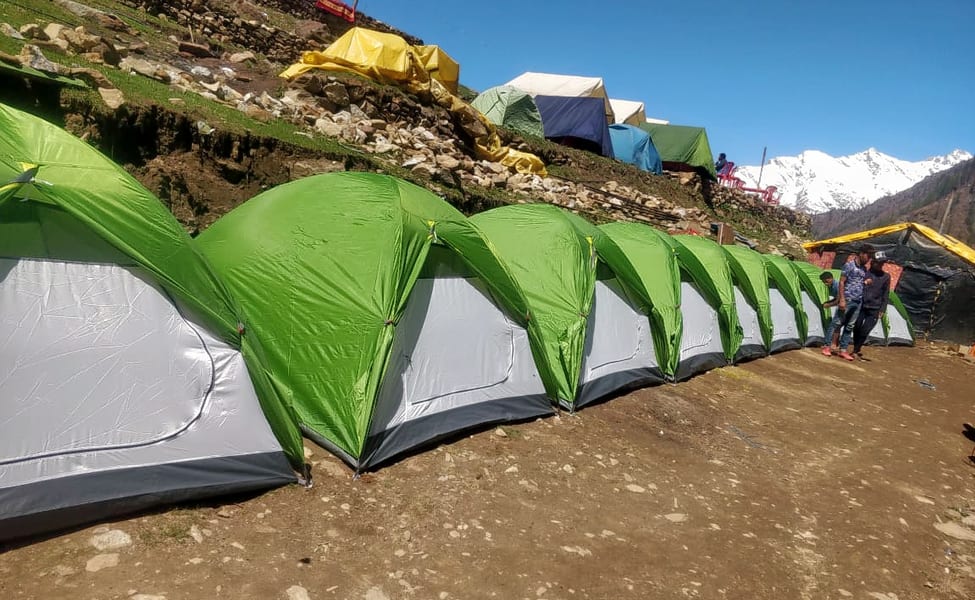 * 5% payment processing charges will be applicable on all refunds
** cancellation / refund request is taken via email only support@trailhikers.in

– A medium size backpack (for carrying essentials) max. 45-50 Ltr
– rain jacket / poncho ( it can rain any day in Mountains )
– a small hand towel
– a spare T-shirt & lower ( just in case you wanna change )
– sunscreen ( in case its sunny)
– sunglasses
– a sun cap
– a personal torch (for camp tent)
– a proper water bottle ( must . . we try to avoid using disposable bottles on trails)
– a personal plate / spoon (must)
– a small poly bag for keeping all food/snack wrappers ( leave nothing on trails except your footprints ??

Clothing suggestions for the trail :

Hiking up the mountain during day time / in the sun will be quite hot & sweaty so use light & comfortable clothing.

SHOE SOLE MUST BE THICK & GRIPPY

Clothing Suggestions for Evening/Night at Campsite :

Below given Safety checks should be done to get prepared for any Himalayan Trek.

Balance : As well said a balanced mind and body gives out best in every condition and that too works in Himalayan treks as well.

Legs Strength : Body and Legs Strength is required to carry body weight as well as the backpack while trekking in uneven multi terrains. Generally, a good strength on legs works out good in any Trek. One can gain legs strength by doing simple Squats.

Muscle Flexibility : While trekking in Trans Himalayan region with a flexible body one can easily achieve full range of movement and this can be really helpful for trekkers as well as trek leads. A good flexible will be an advantage while walking on trails, climbing and river crossing etc. Flexibility can be achieved by simple stretching, yoga etc.

The best season for Kasol Kheerganga trek is from October to March.

It is ideally recommended for 7+ age kids.

Read verified reviews from our travelers on TripAdvisor

Get In Touch With Us

Our travel & adventure experts will help plan your trip

Your Payments Are Safe

All payments are secure through SSL encrypted payment gateway