When you book with an account, you will be able to track your payment status, track the confirmation and you can also rate the tour after you finished the tour.
Sign Up
159

Give us a call & talk to our travel experts to help plan your adventure trip !

If you want to experience a high altitude trek and do not have much time on hand, try going for Bhrigu Lake trek. At 4,270m, Bhrigu can be reached in a day from Manali. It is possible to return on the same day but overnight camping is strongly recommended. Bhrigu is a prominent lake of the Kullu region, located to the right ( 8 km south-east ) of the Rohtang Pass.

Legend holds that Bhrigu Rishi meditated here, and many local Gods of the Kullu Valley visit to take a dip in its sacred waters. Most prominent among them is Guru Vashisht, who travels to the lake at least once in 2-3 year cycle. He announces his plan to visit the lake about a month in advance through a medium. Elaborate preparations are made after that and many devotees accompany him on the trip. Villagers of the area go to the Bhrigu lake every year on the 20th day of Bhaadhon (Aug-Sept) as the day is considered auspicious.

Bhrigu lake trek starts from Gulaba, which is surrounded by a natural forest of fir, spruce, moru and the higher altitude kharsu oak trees. During the 1960s, swatches of the forest were cleared under a mechanised logging scheme. Later, fir, spruce, maple and poplar were planted and the latter, faster growing trees are now dominant in these stretches. Carry all necessary provisions, including camping gear and food supplies, as nothing is available after you start walking from Gulaba, which boasts of a couple of tea shops.

The trail takes off at the 14th Mor to the right (east) from the road and starts climbing through forest and pasture. Horse chestnuts, spruce, fir and a few birch trees alternate with pastureland through the route, which climbs steeply. After a climb of nearly an hour one reaches a shepherd campsite on the crest of a ridge from where the track turns right and heads up south through a thick forest. Kolang Nallah can be seen from here and the path lies along the nallah through the narrow Kolang Valley.

The path then descends right (south) to cross the Kolang Nallah over a temporary log bridge. (in case the bridge is washed away, the nallah can be forded easily). After crossing the nallah there is a steep ascent south-east to a ridge ( to the right of the Kolang Valley ) that takes nearly 2 hours. Beyond the ridge is a camping ground where it is possible to find Gaddi shepherds with their large flocks of sheep.

A little ahead to the east is the easily crossed Chor Nallah followed by a climb in an easterly direction to reach Bhrigu Lake. The climb is strenous as it gains altitude quickly resulting in a drop in the temperature and levels of oxygen. So take your time, climbing slowly and steadily.

Located almost at the top of the mountain, the lake is in the recess of two ridges and can only be seen when actually reached. It’s oval shaped and not very large.

The ridges around the lake offer 360-degree view of the ranges around. Peaks of the Pir Panjal and Dhauladhar, the Lahaul triangle between the Chandra and the Bhaga rivers and even the more distant mountains in Spiti can be seen from here. After the sun sets, it can get pretty cold and windy, so carry your woollens. On the other hand, the star-lit sky on a clear night is worth the stay. And with the vista of snow peaks shining in the moonlight, the day’s strenuos climb becomes a distant memory.

Local tradition forbids camping near the lake but there is enough space to pitch tents a short distance from the lake. Choose a place with good view.

On day 2 of the Bhrigu Lake trek, trace your steps back on this adventurous & mesmerising Himalayan trail.

Return on the same route and board a bus at Gulaba.

Getting There And Out

The trek starts from the camp but it’s not a clearly identifiable track. Many trails lead up the slopes and it is best to have a local guide / professional trek guide to identify the proper path. One may lose precious time in locating the lake without a guide and possibly miss it altogether.

RETURN the same route to Gulaba.

The best season for Bhrigu Lake trek is from July to mid October.

It is ideally recommended for 15+ age. Bhrigu Lake is a high altitude trek which is not suitable for children below 15 years. 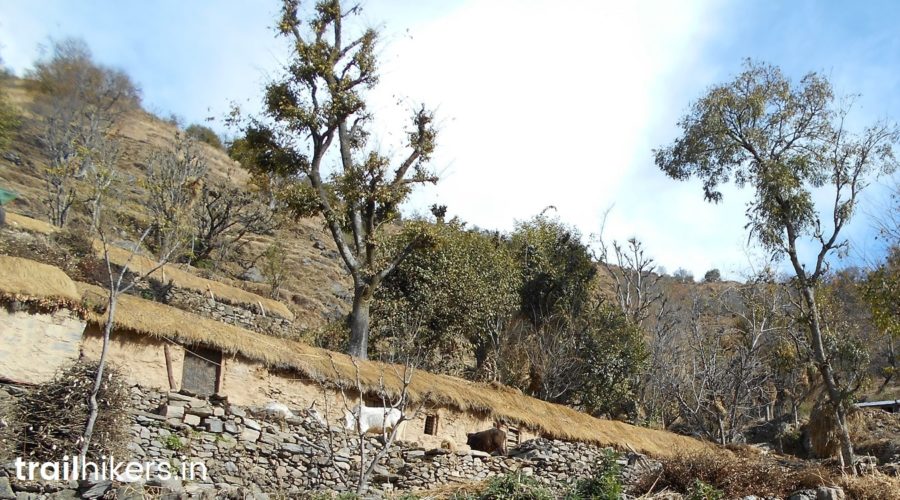 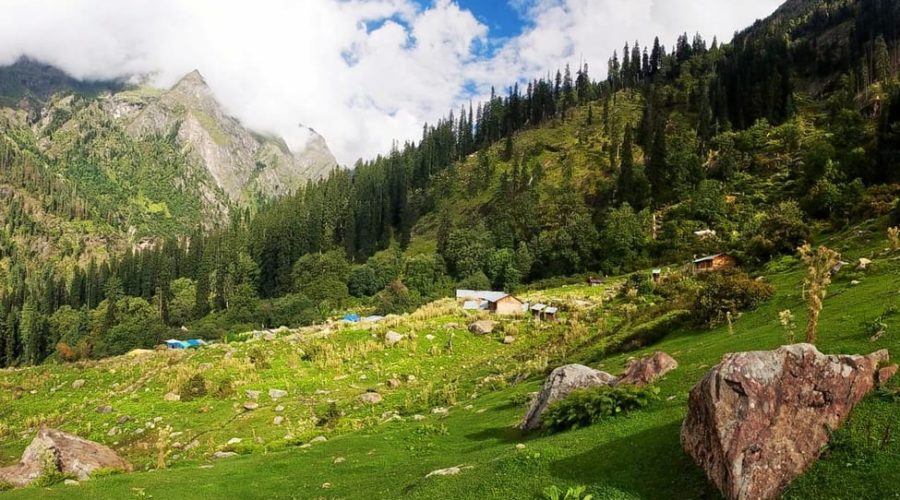