When you book with an account, you will be able to track your payment status, track the confirmation and you can also rate the tour after you finished the tour.
Sign Up
732

Set amidst lofty heights and an elevation of 3,310 m, Dodital is like a shimmering emerald set in the crest of majestic mountains : mysterious, beckoning, and divine. Dense woods of oak, pine, deodar and rhododendron fringe the lake and the crystal clear waters are full of spectacular fish like the Himalayan golden trout. Trout was introduced here about a century ago, transforming Dodital into an angler’s paradise. The trek leads through tranquil country, gurgling streams with crystal clear waters, and dense alpine forests, all blending together like a vast green sequinned robe.

TIP: Get fishing permits from Uttarkashi before heading out to Kalyani.

From Uttarkashi, it’s a 15 km drive along the curves of the Asi Ganga via the little settlement of Gangori to Kalyani (1,829m) and Sangam Chatti, where the trek starts. The river has been channelled to feed the Trout Hatchery, which breeds and releases not just trout, but various other fish into the stream. Kalyani to Agoda is a gradual climb through woods, fields, and villages, on a mule track, while the trek from Agoda to Dodital takes you through thick forests. The trail goes through a few passes, waterfalls, and meadows until you reach Dodital.

TIP: This trek can be done with older children who, if they get tired, have the option of hopping onto ponies, which may be hired at Kalyani.

From Kalyani, either drive or walk a little further to Sangam Chatti (1,350m), the base of the trek. Cross the bridge over the small stream and begin your 6 km trek to Agoda, heading due north. The track climbs steeply, moving through forest. The last bit of climb can feel a little strenuous and the village huts visible at the top seem tantalisingly out of reach. At Agoda you can hear the faint gushing of the Asi Ganga down below. There are no dhabas or hotels at Agoda (2,250m) but the hospitable locals provide (at very nominal cost) food and campsites to pitch tents. Food is usually Pahari staple – brown rice, pahari rajma, delicious thick chapatis and saag pahari aloo. After letting the food to settle down a bit, you can go down to the river in the late afternoon. It’s a good 30-mins zigzag hike along the edges of step fields down to the river. Make sure you do the uphill climb back to Agoda while there is daylight so you can watch the sunset as you pitch tents for the night.

From Agoda, it’s a long winding walk of 16 km due north-north-east to Dodital. The trail is broad, well defined and runs through forests on either side. Since the gradient is not very steep, it’s a fairly moderate walk, except towards the end. On the way you encounter villagers returning with herds of cattle and some Gujjar encampments. There are no villages in between but you can find a few tea stalls for the odd break. Sometimes, you can find pahari women carrying baskets of ripe pears, which you can trade for peanuts. A couple of pears and you’re all set for the next leg.

Now you enter a high country, and walk along grassy hillsides and cliffs with 500 ft drops, into forests of decidous oak, which blend into spruce forests along the ridges. At what was roughly the half-way mark, we came to a picturesque bridge to the right, a good place to stop for lunch. From the bridge, you turn right, cross Manghi and walk through rich forests of oak, deodar and rhododendrons until you go past the final incline to reach Dodital. There are couple of shacks to the left, and after crossing a small bridge, you come to the Forest Rest House set in a clearing. And then you see the lake. Set against a stunning backdrop of hills, from where a mountain stream feeds it, Dodital is crystal clear. You can actually see the famed trout swimming about in large numbers. It is after these trout( dodi in the local language), that the lake is called Dodital. It’s believed that Lord Ganesh was born here. You can find a small unattended temple, dedicated to him, on the left bank of the lake. The cement and tin shelters on the edge of the lake – the government’s gift to tourists – have all the charm of postal department inkblots on a beautiful picture-postcard.

TrailHikers recommends that you should spend a day relaxing, enjoying & exploring at Dodital lake side. You can either camp out or opt for accomodation in the Forest Rest House.

Retrace your steps to Agoda.

Trail back further to Sangam Chatti and if you wish you can return to Uttarkashi via jeep drive on the same evening.

RETURN: Take a bus or shared jeep from Sangam Chatti to Uttarkashi from where you get a taxi or bus to Haridwar (which is well connected by road and rail to Delhi).

The best season for Dodital trek is from July to mid October.

It is ideally recommended for 15+ age. Dodital trek is a high altitude trek which is not suitable for children below 15 years. 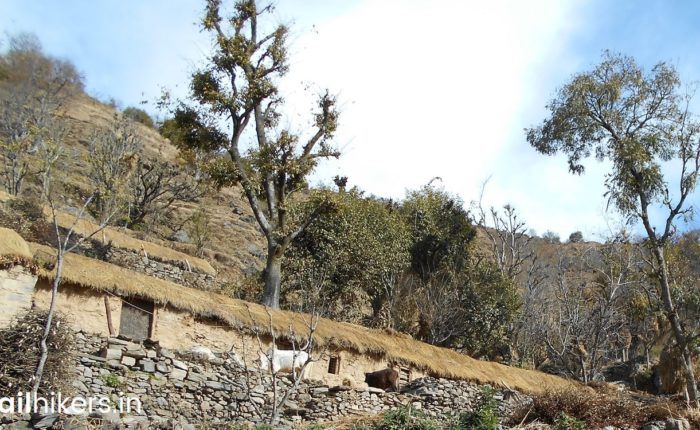 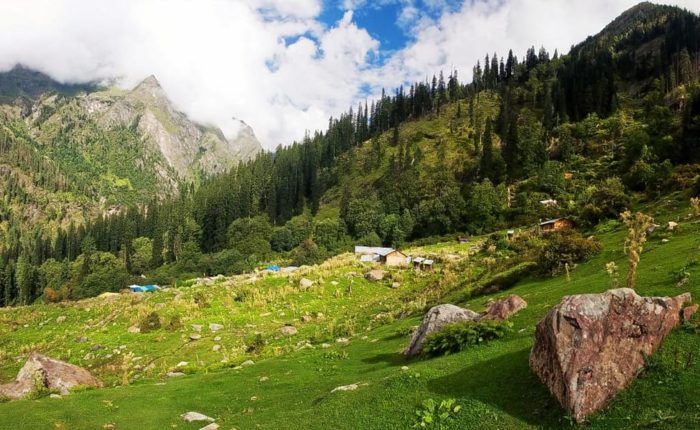